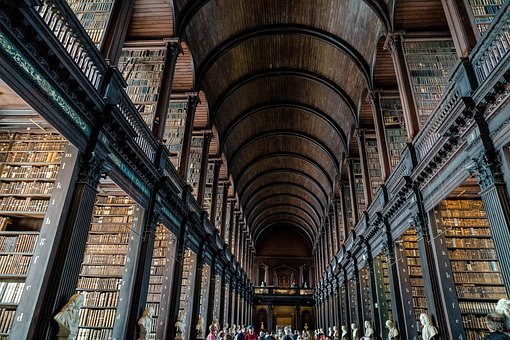 Is College Debt Really Necessary? What Parents and Students Should Know

“Had the people who started Facebook decided to stay at Harvard, they would not have been able to build the company, and by the time they graduated in 2006, that window probably would have come and gone.” – Peter Thiel, co-founder of PayPal.

Ever since I can remember, I was inculcated with the belief that in order to truly succeed in America, you have to get at least a 4 year degree from a prestigious university; even if it means taking on a ton of debt that you may work your entire adult life to pay off.

I also came to believe that if you really want to stay on the top of the heap, then you need to take on even more debt and get a graduate degree, hence my own post-graduate alphabet soup, including law school.

In high schools across the nation, statistics are still being trotted out by guidance counselors to “prove” that young people have no chance of success without that high-priced sheepskin, or that, if they somehow manage to land a job without one, they will never get promoted and will be stuck in bottom-of-the-ladder limbo land for all eternity.

Twenty years ago, the idea that “you have to go to college to make good money” might have been more truth than myth.

Now, though,, the ever-escalating cost of tuition, fees, and books at America’s universities means that post financial collapse parents might want to take another, perhaps more jaundiced view of the entire higher education system even as the old school narrative continues to be shoved down their throats by university marketing departments.

As a financial educator, I have had numerous concerns about my own clients taking on the costly burdens associated with financing their child’s college education. Truthfully, it makes me more than a bit queasy when I see clients raiding their savings and retirement accounts to send Junior to a fancy private school.

This is especially true in a financial system in flux, where, for the first time ever, over 50% of the unemployed and underemployed have college degrees. To make matters worse, there is a bubble on the horizon; large, paper-thin, and waiting for one tiny pin prick to explode it.

This bubble comes in the form of easy-to-obtain student loans that many are finding are not so easy to pay back. A 2012 article on CNN’s website reported that, at a time of record high unemployment for college grads, student indebtedness had reached an average of nearly $27.000.

“… Two-thirds of the class of 2011 held student loans upon graduation, and the average borrower owed $26,600, according to a report from the Institute for College Access & Success’ Project on Student Debt. That’s up 5% from 2010 and is the highest level of debt in the seven years the report has been published.” (1)

Beyond the expense of college there is also the thornier issue of whether most college kids are learning anything of real value that can be applied to the new economy. The education cartel, always in need of fresh blood and fresh wallets, has systematically smeared those who work in the trades as “blue-collar,” or “uneducated,” and thus somehow inferior to those with Ivy League degrees.

Matthew B. Crawford, a fellow at the Institute for Advanced Studies in Culture at the University of Virginia, and author of the bestseller, Shop Class as Soulcraft: An Inquiry into the Value of Work, has posited that the degradation of manual labor and the rise of so-called knowledge-based jobs was wrongheaded and that the future will belong to those who actually know how to do things such as build custom furniture, repair a car, or install heating and air conditioning units.

“While manufacturing jobs have certainly left our shores to a disturbing degree, the manual trades have not. If you need a deck built, or your car fixed, the Chinese are of no help. Because they are in China. And in fact there are reported labor shortages in both construction and auto repair. Yet the trades and manufacturing are lumped together in the mind of the pundit class as “blue collar,” and their requiem is intoned. Even so, the Wall Street Journal recently wondered whether “skilled [manual] labor is becoming one of the few sure paths to a good living.”

Crawford also observes that “If the goal is to earn a living, then, maybe it isn’t really true that 18-year-olds need to be imparted with a sense of panic about getting into Aegean College (though they certainly need to learn). Some people are hustled off to college, then to the cubicle, against their own inclinations and natural bents, when they would rather be learning to build things or fix things… ” (2)

The Cartelization of Education

We need only look, says bestselling author and trend forecaster Charles Hugh Smith, to the advent of the higher education cartel to see the reason for our obstinate addiction to the “old school” higher education system and the instance that insistence that everyone needs to go to college. There is a lot of money to be made, says Smith, and an elite cadre of cartel bosses who stand to profit by promoting that myth.

“Why does the old style system still persist even though it is already demonstrably inferior? In addition to the financial disincentives, there is another reason: the current system retains a monopoly on assessing student learning and granting credit for demonstrated accomplishment. The schools are able to do this because they have arranged a monopoly on accreditation. This is ultimately a grant of state power.

As a result, modern colleges and universities have collectively become a rent-seeking cartel, an alliance of nominally competitive institutions that maintains a highly profitable monopoly of accreditation. To grasp the power of the cartel, consider a typical Physics I course even at MIT is almost entirely based on Newtonian mechanics, and the subject matter is entirely in the public domain. Only a cartel could arrange to charge $1,500 and more per student for tuition and texts, in the face of far lower cost and superior quality materials, for subject matter that is no more recent than the 19th Century.” (3)

Jeffrey Tucker, CEO of the startup Linerty.me and publisher at Laissez Faire Books, agrees with Smith and maintains that cartelization has ensured that a return on investment in higher education is far from a sure thing for most students and their parents.

“Had the people who started Facebook decided to stay at Harvard, they would not have been able to build the company, and by the time they graduated in 2006, that window probably would have come and gone.” – Peter Thiel, co-founder of PayPal. Ever since I can remember, I was inculcated with the belief that in…

“Had the people who started Facebook decided to stay at Harvard, they would not have been able to build the company, and by the time they graduated in 2006, that window probably would have come and gone.” – Peter Thiel, co-founder of PayPal. Ever since I can remember, I was inculcated with the belief that in…