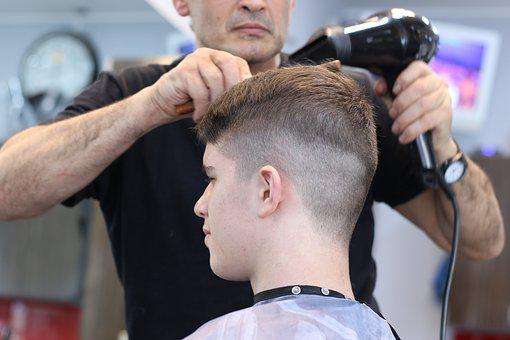 Blue had two guns he always carried. One a belt gun, keep snug up against his belly, a 1860 .44 caliber Colt Army revolver and a matching holster cut down to create a powerful but concealable belt weapon; and his sidearm, a Colt .45 single-action, l880’s model–which he got when they first came out in ’84. His .44 he got while serving in the Army during the Civil War.

He was a soldier from 1860-to-l865 and fought at the battle of Chickamauga. As Blue sat in the barber’s chair, and the barbershop started to cut his hair, his mind went back to those army days. The barber stopped for a second to sharpen the raiser for his cut and shave, and then went back to cutting his hair.

He sometimes had old memories–flashbacks–of the battle at Chickamauga. It would bring him to having bad sweats. It was in Virginia his Company of one-hundred and sixty men had to march into many houses to inform the residents they were about to burn them out of their homes. Their faces were horrifying. It was one thing to kill a man on a belief they were fighting a war for the country they lived in, but to burn a person out of his whole life in front of him, especially if he was in his 50s or 60s, was against most anyone’s values.

–It was in August of l861, Blue was just a young man back then. Blue was with his friend Smiley, he was a good man he recalled. Said Blue to the Barber:

Then Blue started to relive the battle again:

“‘Smiley, he was a good man, soldier. I got him out of trouble. I was just a kid. I thought the world was coming to an end. Smiley didn’t make it to Gettysburg, but he did to Chickamauga, sure enough, with me. Too bad I lost track of Smile when I, I got assigned to go to Gettysburg…with–I just lost track of Smiley. I never could find him afterwards. Maybe he’s dead. In any case, Locust Gap, yaw, we marched into that didn’t we, sure did and took the damn train from there. Then word comes back while on the train, we were headed for Kentucky.

“On the train, Smiley was caught in-between two soldiers, I remember now. He wasn’t a fighter you know. I came along and asked if they wanted to test me out. Smiley was as happy as a hog to see me. He said to the two guys: ‘You’re not so brave now are yaw!’ The two knew I wasn’t a bluffer, yaw, that’s right, and decided to leave well enough alone. Smiley and I walk to another car, no sense in provoking trouble.

“Smiley got a hit [flesh wound] at the battle of Shiloh, I again was lucky, as always. But Chickamauga was different. It was a big fight. The bloodiest fight I had ever seen. I wish I had known Lola back then, I needed some comforting. If ever I thought I was going to die, and had an ounce of fear I didn’t want, it was then.

For some reason, winter always scared me since then. It was the only time of year I wanted to be safe and sound. Have a warm place–you know. Not take cold baths in the river, like at Chickamauga Creek, things like that stick with you for a life time.””

“You say something Mister Blue?” asked the barber.

“I must have been dreaming out loud.” Said Blue.

“You mentioned Chickamauga, I lost a brother there.” Said the barber.

“Is that what I said, yaw,” said Blue, adding “and I lost my youth there,” and then closed his eyes again.

War is war not matter what thought Blue. It is the battles you remember. The area was big–a few miles each way; he was now starting to relive it again: “North to South, and East to West. Smiley and I fought up and down the area. We came in, us Yankees on the 18th, the confederates, were already there. When the fight began, we fought for two days in the woods, straight; cedar ticket was dense, like my hair back then. Bullets were flying every which way. It seemed to be hitting every leave in every tree. You can hear them wheeze by you, you can even hear them coming; if you turn, you either turn into them or you’re saved by an inch, its best not to stand still.

‘How many you think we’ve lost?’ Smiley asked me.

‘Too hard to tell in this dark thick abyss of a forest,’ I replied.

‘We’ll see each other in a few days, when it’s all over I suppose.’ I added.

That afternoon, we fought on Lafayette Road. It was another bloody hit. We had fought back and forth on the road all day long. Would it ever end…yaw, that’s what I was saying back then. We named the road afterwards Bloody Lane. Then morning came. Bragg knew where everyone was, it seemed. It was foggy that morning I remember–; late in the morning, in and out of the woods, up and down. Would it ever end? The worse frighten was on my line, what they called Thomas’s Line. Thousands were being killed. Some soldier’s running back across the Ridge. But old Thomas stayed there like a rock.

“It seemed our Company was blown to smithereens (he moaned a bit, the barber started to tremble but calmed himself down)…scariest moment for both Smiley and me was when it was dark and we had to run right up to the muzzles of their guns. I didn’t mind dying, but I didn’t want one in my mouth either. We were told the next day to retreat to the nearest town. We were getting beaten pretty badly. At the end very few men came out of the woods alive. For a number of days I had not heard any birds singing. Now on that last day, the guns silent, I could hear the birds again. Maybe that was the best part of the battle, them damn birds singing again. Like Smiley said, ‘…when your wounded and thinking your about to die, the grass looks so much greener.’ It is all so strange now, so many years gone by”‘.

“You ok, Mr. Blue,” said the sheriff as he walked through the door–the barber stopping instantly from shaving, still a little nervous.

“Yes,” replied the sheriff jumping backwards and to the side. “I just came to see if you were still my deputy, and let the barber know he can put the bill on the cities counsels’ bill.”

Said Andy the barber, “I’ll fix the bill the way you said, but I think you best leave Mr. Blue alone, he’s been having some rough dreams, that Chickamauga battle Mr. Blue, it was a bad one.”

Blue had two guns he always carried. One a belt gun, keep snug up against his belly, a 1860 .44 caliber Colt Army revolver and a matching holster cut down to create a powerful but concealable belt weapon; and his sidearm, a Colt .45 single-action, l880’s model–which he got when they first came out in…

Blue had two guns he always carried. One a belt gun, keep snug up against his belly, a 1860 .44 caliber Colt Army revolver and a matching holster cut down to create a powerful but concealable belt weapon; and his sidearm, a Colt .45 single-action, l880’s model–which he got when they first came out in…